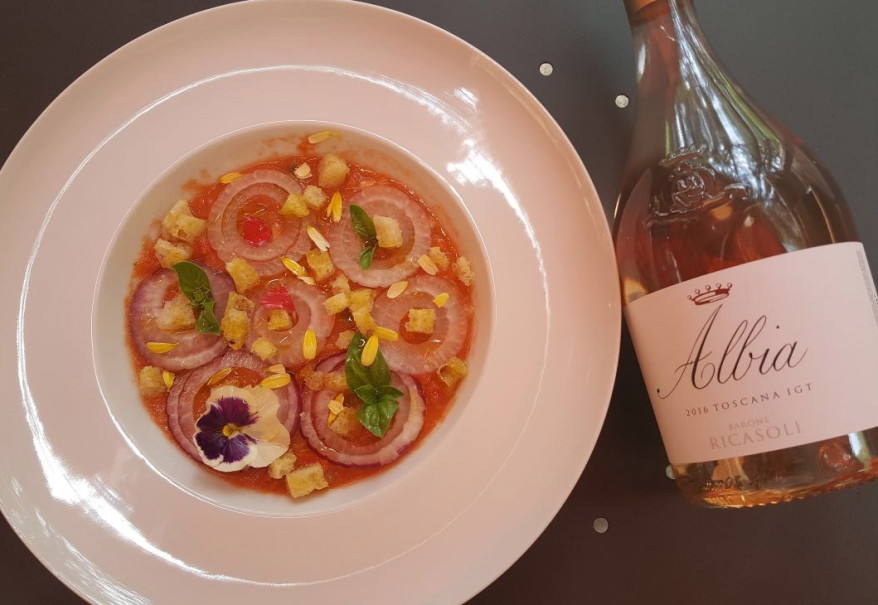 On the menu of the Osteria del Castello there is a space between the first courses and the second courses reserved for a traditional dish.

This choice derives from the fact that restaurants have changed greatly in recent years. Just considering the concept of an osteria, we have to admit that the original type, run exclusively by a single host (hence the name osteria), no longer exists. Because the host no longer exists, or rather, it is rare to find this figure in today’s restaurants. The host welcomed you with slices of salami that only he had, because he had planned that salami when it was still on the pig. He served you a dish that seemed simple but that in reality was carefully planned and prepared. He sat you at the table you preferred. And at the end of dinner, he paused to chat about this and that, sipping the wine he loved that had inevitably become your favorite, too. However, many new osterie have appeared. Some use the name inappropriately; others are nearer to the original concept. The new osterie have to maintain a connection with the past out of respect for the name they chose for themselves, and this connection is interpreted in a number of ways. In our Osteria, we chose to maintain the idea of the traditional dish. This is the reason, the sense of that space between the first and second dishes. Depending on the season, in that space there is the name of a dish that is prepared by following a traditional recipe as closely as possible. In this period of the year, that dish is Panzanella.

This is a traditional Tuscan dish, borrowed and prepared differently in nearby regions. Its purpose was to avoid wasting food (as is the case in most dishes from the past), so day-old bread is combined with tomato, red onion, basil, oil, vinegar and salt. Salt must be added here not just to taste as in most recipes but by necessity, since Tuscan bread contains no salt and is therefore perfect for Panzanella.
It is a fresh dish that requires no cooking, very pleasant to eat and recommended in the hot days of this beautiful season.