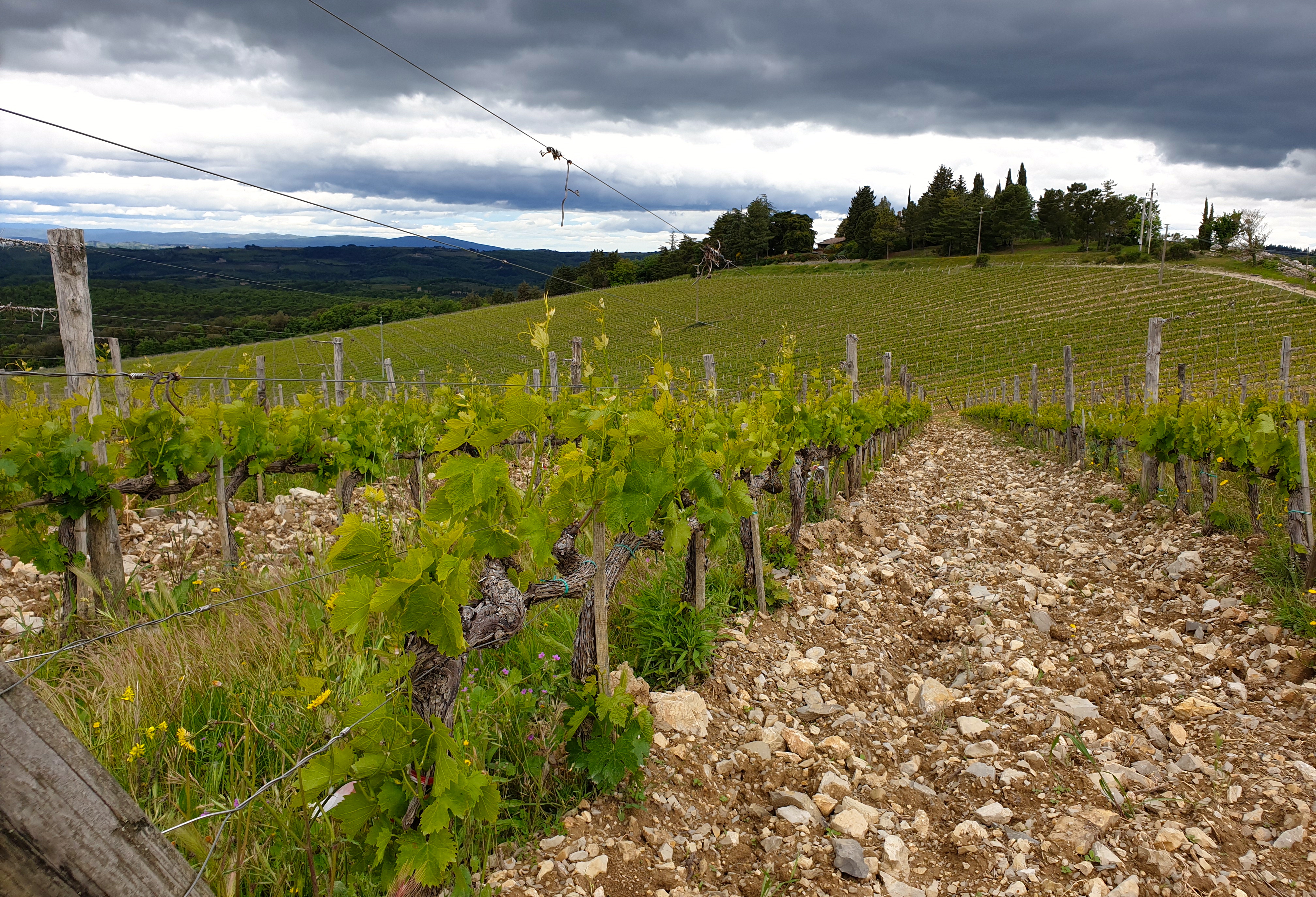 How are things in the vineyards?

In the post on 28 February, we described the winter seasonal climate trends, with little rain but one good snowfall, which had led to decent underground water reserves.

The temperatures in March and April oscillated from 5° to 10° C, so well above zero. This meant no terrible freeze such as the one we had at the end of April 2017, when we feared the worst for the new plants. The accumulation of rain, however, was below the seasonal average, at only about 120 mm.

Weather in May was anomalous, here in Chianti Classico area, with temperatures well below the seasonal average: low temperatures of 3.5° C and no highs above 18° C. Unfortunately, it also rained very little (except for the past couple days!), with about 150 mm registered, compared to the 460 mm registered in the same period in 2018.

Despite all these uncharacteristic millimeters and degrees Celsius, nature has followed its course and budding began at the end of March. The first inflorescences appeared at the end of April and now tiny leaves of soft green are looking stronger and showing good signs of growth.

In the vineyards in this period, teams are working on the lands. Tasks include shredding plant cuttings into green manure and, since early May, the very important selection of the fruit-bearing buds, fundamental for managing grape growth and for the physiological wellbeing of the plants.

To conclude, a brief mention of the Osteria restaurant’s kitchen garden, which is well underway by now. All of the seasonal vegetables have been planted and have started to bear fruit, which are used directly in the dishes served. 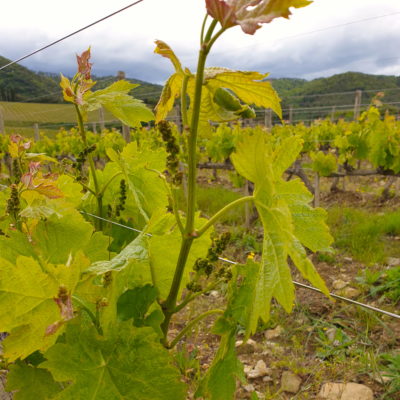 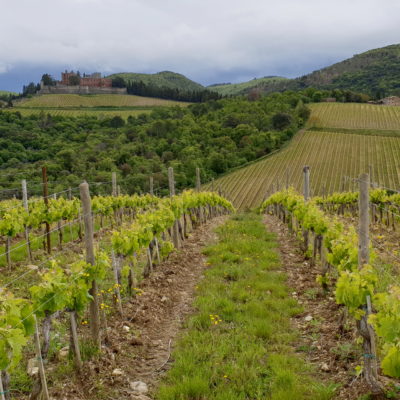 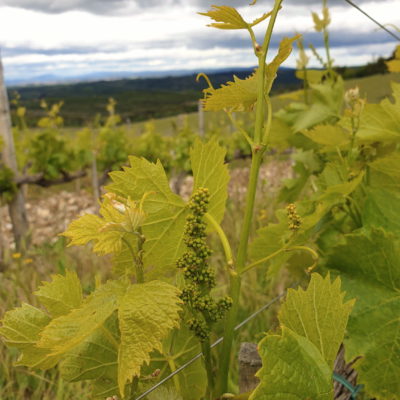