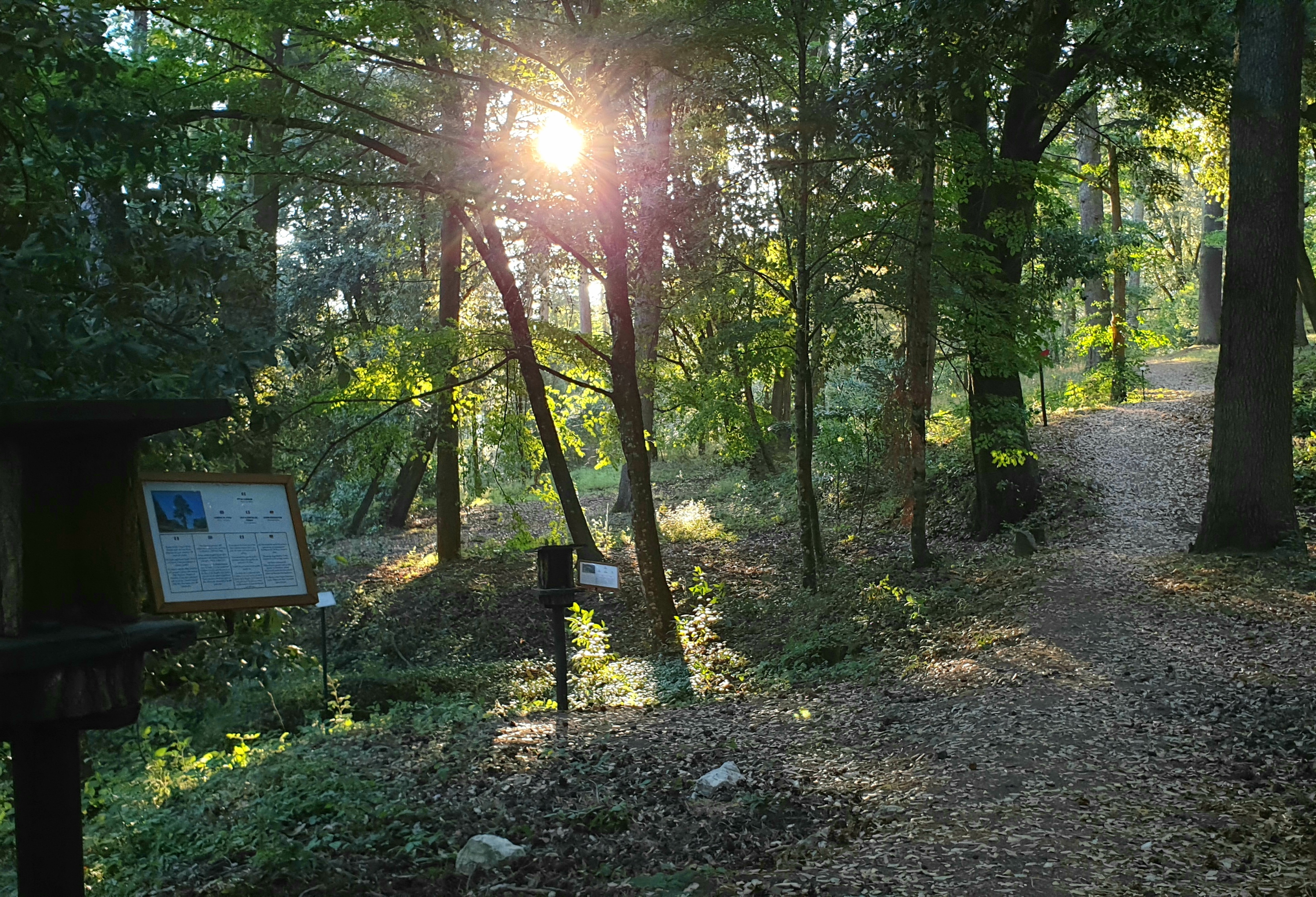 Visitors climb up to Brolio Castle along a long lane through a beautiful historic English Woods, created in the 1800s by Baron Bettino Ricasoli with the help of his brother Vincenzo (both were passionate about botany). Most of the information about this park comes directly from Baron Bettino himself.

Idealized parks and gardens date to the early 1800s. In that period, the vogue was to create gardens on your estate with plants (especially conifers) coming from different parts of the world. The landowners contacted other enthusiasts to exchange plants and enrich their own collections. In this way, they created numerous parks and gardens that we still admire today.

Work on the English Woods at Brolio began in 1840, on the northern side of the hill which the Castle dominates. This side had traditionally been kept free from vegetation to allow the arriving enemy to be sighted. Immediately after having created the lane that leads up to the Castle, Bettino Ricasoli had cypresses (Cupressus sempervirens varstricta) planted along it, and today many of these original trees are still there. The park in the guise of ideal romantic woods was created at the same time as the road, to serve as a backdrop to this lovely lane.

These parks were considered “English” because they originated in England. In the period when Romanticism opposed the Enlightenment, it was considered necessary to give greater importance to spontaneous nature. Thus no more flowerbeds laid out geometrically, but trees distributed in apparently random order. The collection of plants in the park at Brolio involved gathering seeds of various origins, especially conifers, which Bettino had sent from other enthusiasts all over the world, or that he acquired himself during his trips. This meant that various plants were introduced, including the California redwood (Sequoia sempervirens), the California foothills pine, the Cedars of Lebanon and of the Himalayas.

The Woods are located on a steep hill with a northern exposition, and the terrain was terraced for these reasons. The plants are placed around three main pathways parallel to the curve of the slope, and straight. Other small paths depart in random ways from these main trails, crisscrossing each other or dying out after only a few meters. Along the paths there are benches made of local stone, small dry walls, small stairways. The draining canal runs perpendicularly through the entire park. Built entirely of stone, both the floor and the walls, it is a one-of-a-kind work of hydraulic engineering.

During the Second World War, many plants were seriously damaged, and many died. One example of this devastation is the Chinese parasol tree that is in the garden inside the Castle. It lost part of its large branches during the cannoning of July 1944. Even today, the visitor entering the Woods and walking through them has the impression of being in an enchanted place, and it’s amazing to see so many imposing plants in one place. Among the particularly noteworthy esemplars, there is a small grove of cedars of Lebanon and of Deodar cedars (Cedrus libani and Cedrus deodara), two rows of Holm oak (Quercus ilex), and a California foothills pine (Pinus sabiniana), remarkable for its dimensions but especially for its unusually large pinecones. The park became a very important reference point over the years, and a large part of the reforestation in this area was carried out with seeds from Brolio.

The Brolio Gardens, with their English Woods, can be visited partly for free and partly by purchasing a ticket for the Castle visit. Moreover, our younger guests can visit and discover the magic of the Woods while enjoying the Treasure Hunt, which winds its way through the Woods, respecting both nature and the history that made this magic place so important.