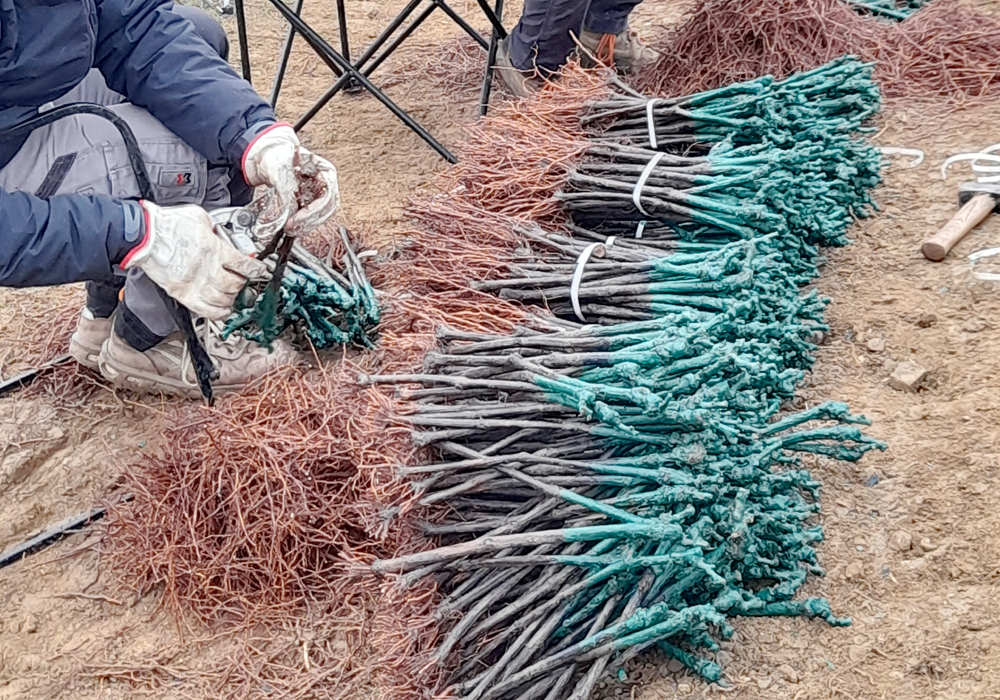 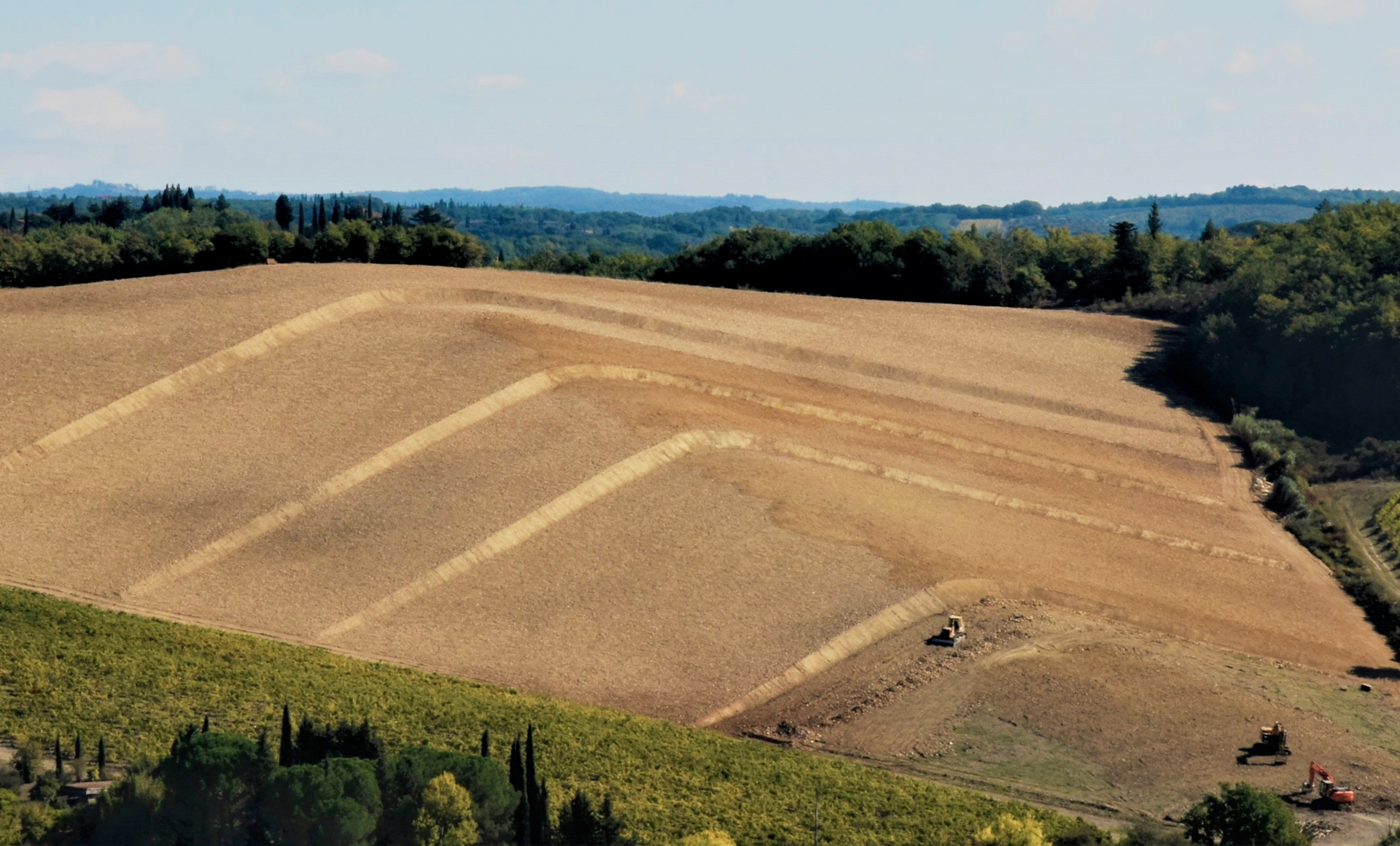 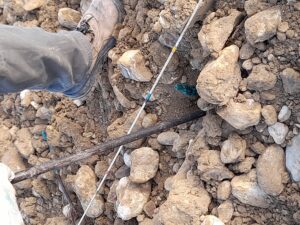 As we have stated several times, winter is anything but a “dead” season at the vineyard. Indeed, winter is a season crucial for the success of each vintage, during which many important operations take place in the vineyards. Over the past few weeks an extraordinary operation has taken place at Brolio: the planting of a new vineyard. Technical Director Massimiliano Biagi spoke to us about it.

“Planting a vineyard is one of the favorite aspects of my job. It is an ancient gesture: to create something that will last for a long time, which will bear good fruit that will be transformed into wine. It is the accomplishment of the so-called ‘terroir.’ Choosing the land where to plant the new vineyard will be decisive for the enological goal we set.

Soil composition, altitude, and exposure are all factors that cannot be changed by humans. It is possible to improve the texture of the soil through organic fertilization and processing, but not the ‘genius loci’ – everything that defines the uniqueness of the place – which will be the determinant factor. Man will carefully decide which grape variety to plant (e.g., Sangiovese or Merlot) as well as its relative clone, which will determine the type of future cluster. The choice of the rootstock, that is, the lower part of the plant that will develop the root, is also very important. The choice is based on soil characteristics taking into account chemical-physical analyses and the location’s average climatic conditions, namely regarding resistance to drought and good soil water retention. It will then be possible to determine the number of plants per hectare and the cultivation system as well as how the leaf area of the grapevine will be developed to ensure the best yield and grape quality.”

All of these decisions must be made early on. Grape variety and rootstock must be determined at least one year in advance, so that trusted nursery workers can provide the grafts and allow the “barbatella” – the graft union rootstock clones – to weld together and take root. The grounds must always be prepared well in advance. This operation, so-called “burglary,” is essential for the planting to be successful. Today, thanks to powerful earth-moving equipment, the break-in is carried out with excavators capable of breaking the ground to a depth of up to 2 meters, sifting through large stones, preparing drainage works, and avoiding potential water stagnation. Planting takes place between the end of winter and the beginning of spring of the following year. The soil must first be fertilized, then ploughed, and finally tilled to allow the young vine seedlings to find fertile ground for rooting and growing.

Once reinforcements have also been put in place (poles, wire, braces), the infant vineyard must be watched and cared for like a young child. It will take at least four years of expert work and dedication to bring it to production. If everything goes as planned, quality grapes that respect the territory and its characteristics will be obtained.

“We have now been planting a new Sangiovese vineyard for which we have created five terraces – a monumental task. We will use clones that were selected approximately twenty years ago in an old vineyard not too far away.” Massimiliano Biagi concludes by stating, “a sort of homecoming that respects biodiversity as well as the Ricasoli family tradition.”