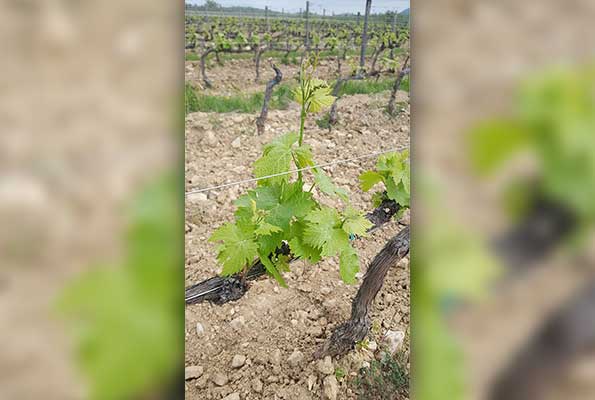 Springtime in the vineyard

Strolling through the vineyards in this period means watching Nature awaken.

Only a month ago, the landscape was tinted solely with the dark colors of the earth and brown dominated. Now these hues alternate with green in a continual sequence. The pale green shoots lend a note of freshness that reminds us of life beginning anew. At the end of March, the first sprouting announced the beginning of a new season, a full ten days earlier than in previous years. Now, three weeks after the first new leaves, we can see shoots already forming, with a hint of the first tiny clusters. After a rather mild winter, except for a few days in February, spring temperatures have brought about new growth. The grapevines have awakened and begun stretching out to being their activity.

Here at Brolio, the month of April is dedicated to weeding in the vineyard rows. This important operation is done mechanically only; the company stopped using chemical weed killers many, many years ago.

The vineyard rows are weeded using a row-straddling mechanism that doesn’t touch the grapevines and their supports. It’s easy to recognize a vineyard where weeding is done mechanically instead of with chemical products: in the latter, at the foot of the rows, there is a long strip of dried grass, scorched by the weed killer. Besides weeding, in this period we also always begin to turn the earth in alternate rows, and we cut the grass between the rows, so that it looks more like a sward and doesn’t harbor parasites.

These are all practices we care a great deal about, because they are the expression of our company’s awareness and respect for our beautiful territory and consequently its sustainability.