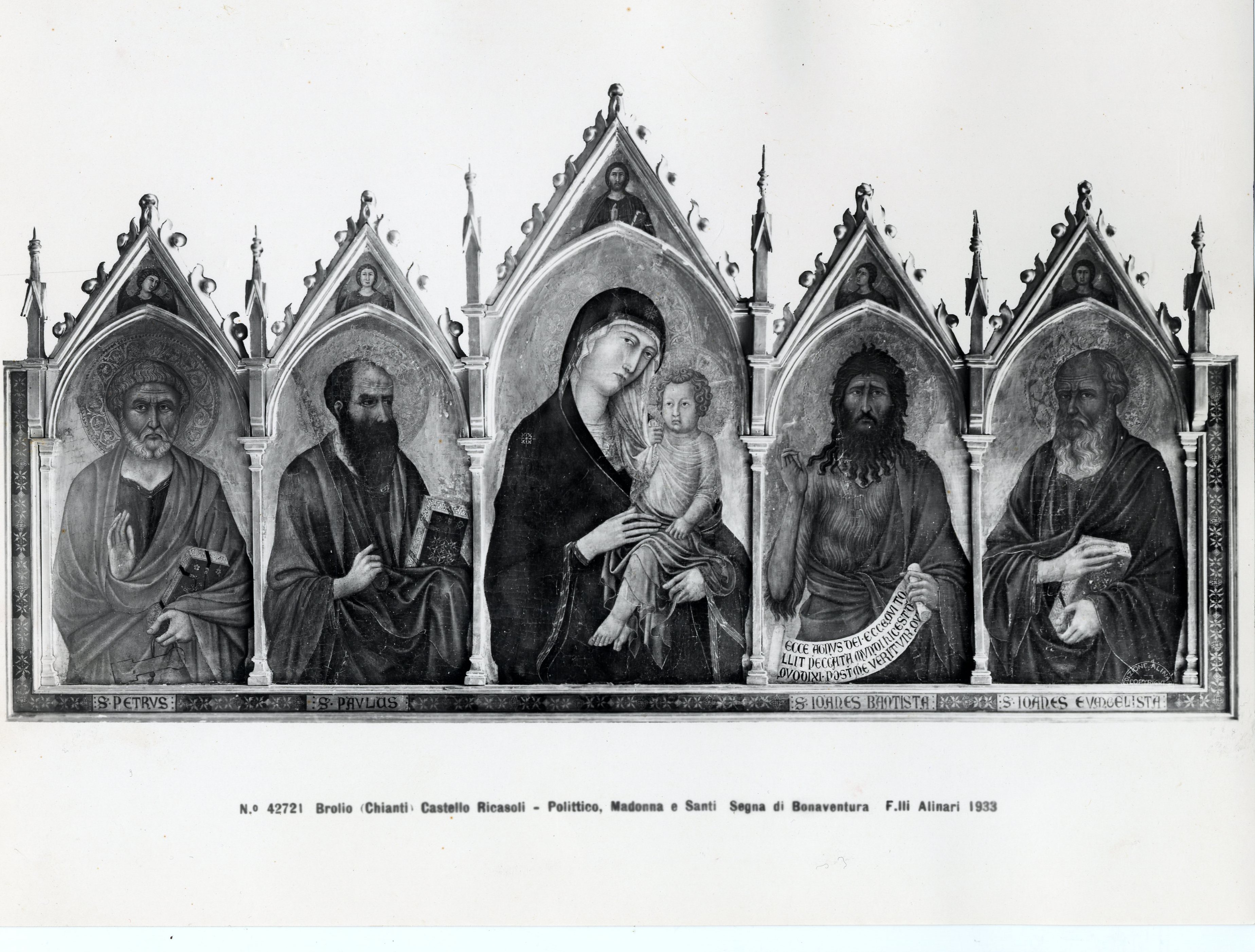 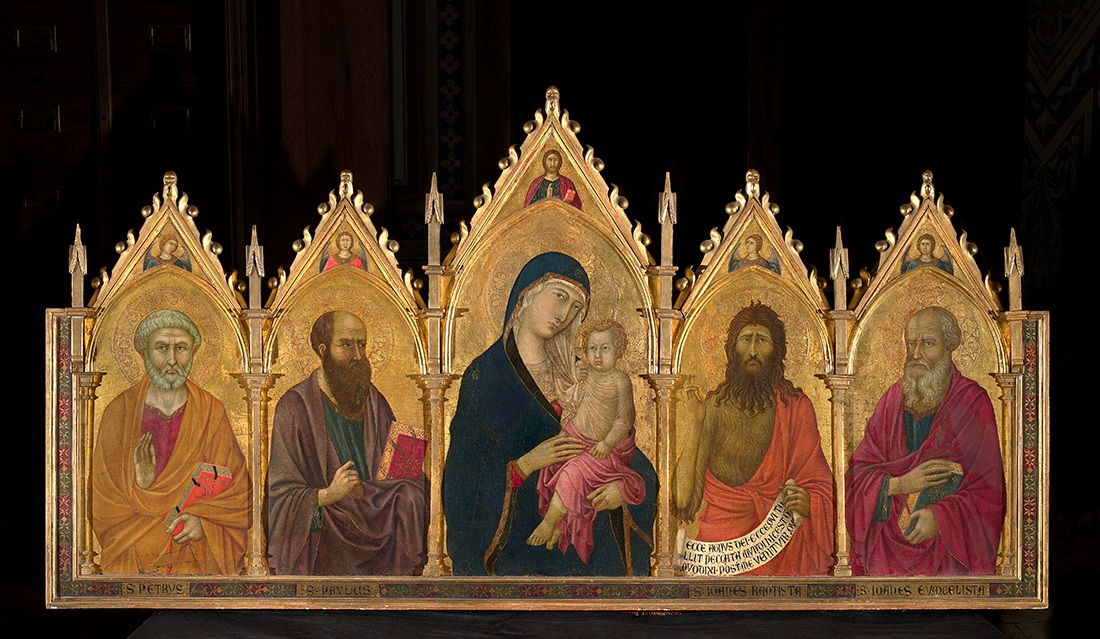 The Polyptych of Ugolino di Nerio at Brolio Castle

While waiting to be able to reopen the doors of Brolio Castle and its Museum to visitors, we want to introduce you to one of the greatest art treasures kept here, particularly beloved by the Ricasoli family and a source of great pleasure for those who can admire it: the Polyptych by Ugolino di Nerio. Dated around 1320, it represents the Madonna and Child, flanked by Saints Peter, Paul, John the Baptist and John the Evangelist on a gold background.

The artist was an important figure in the Tuscan art scene of his time, so much so that he was mentioned by Vasari in his work Vite. Little is known about his biography: after an initial apprenticeship with his father, also a painter, he seems to have been a close collaborator of Duccio di Buoninsegna in Siena. Among his best-known works are the wonderful polyptychs on the altars of the Florentine basilicas Santa Maria Novella and Santa Croce; the work from the latter is now split up among the halls of important European and American museums.

Brolio’s polyptych was transferred here around 1874 by the “Iron Baron” Bettino from the nearby church owned at that time by the Ricasoli family, the Pieve di San Polo in Rosso. Baron Ricasoli first had it carefully restored and later placed it in the chapel of the Castle. Here it remained for a long time, as is evident in the photos held by the Alinari Historical Archive, until – Francesco Ricasoli recalls – his father had it transferred inside the villa to “protect it”.

Recently restored a second time, it is now located in the most scenic room of the Castle, the Armory, where it seems to try to attract the eyes of visitors. The detail we love: the Child who grasps the veil of his Mother, a gesture of great humanity.