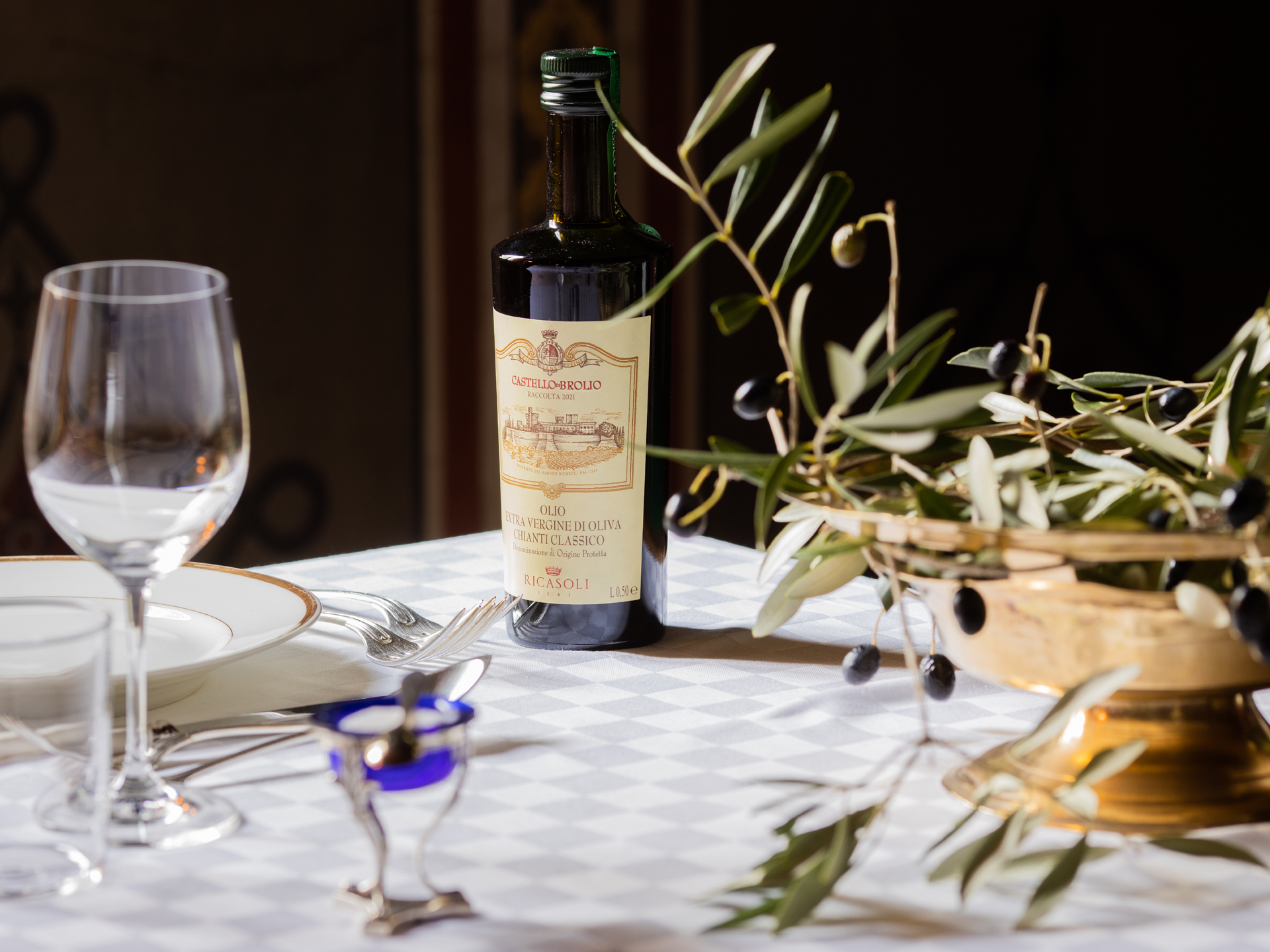 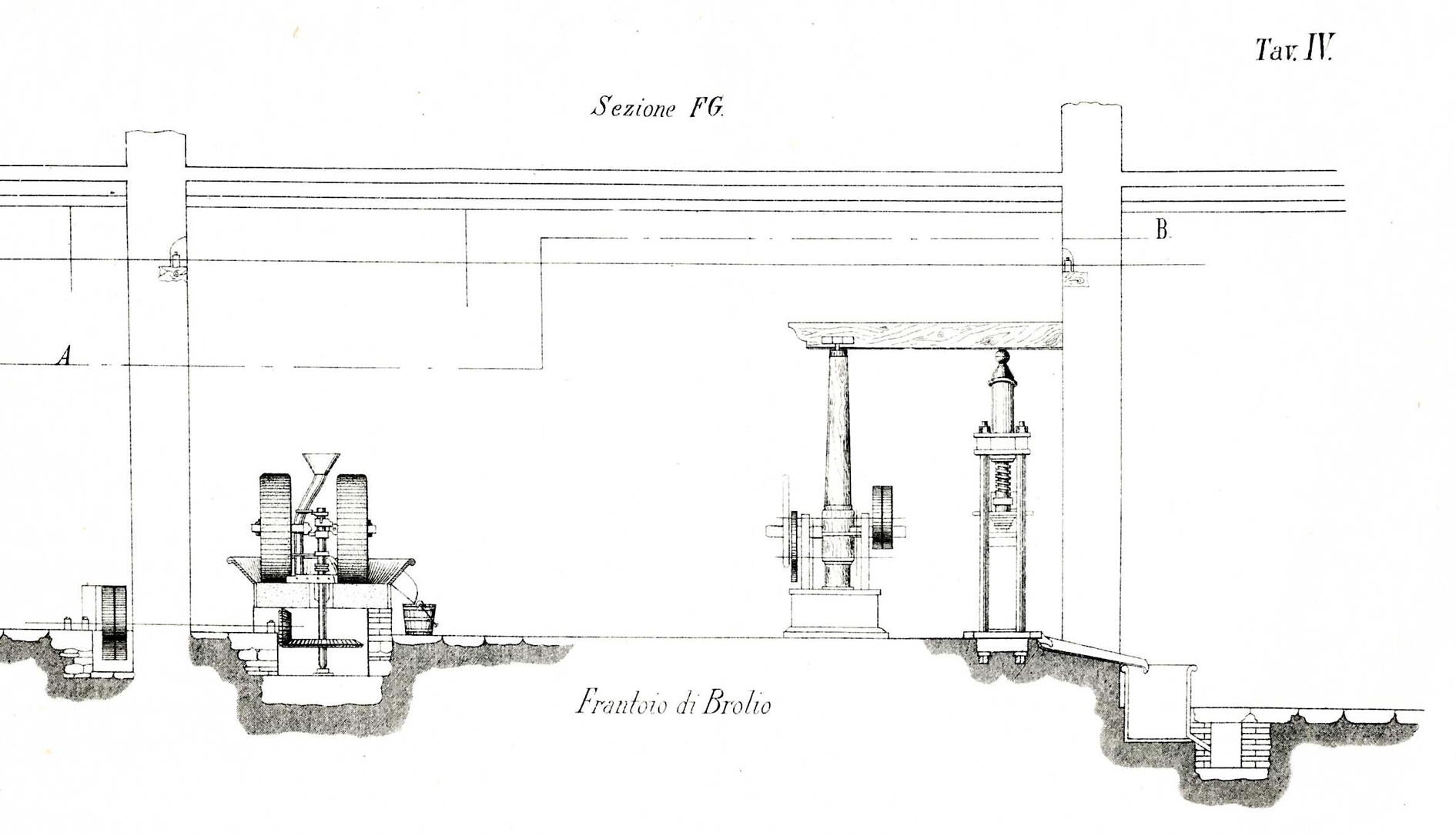 The production of Brolio olive oil 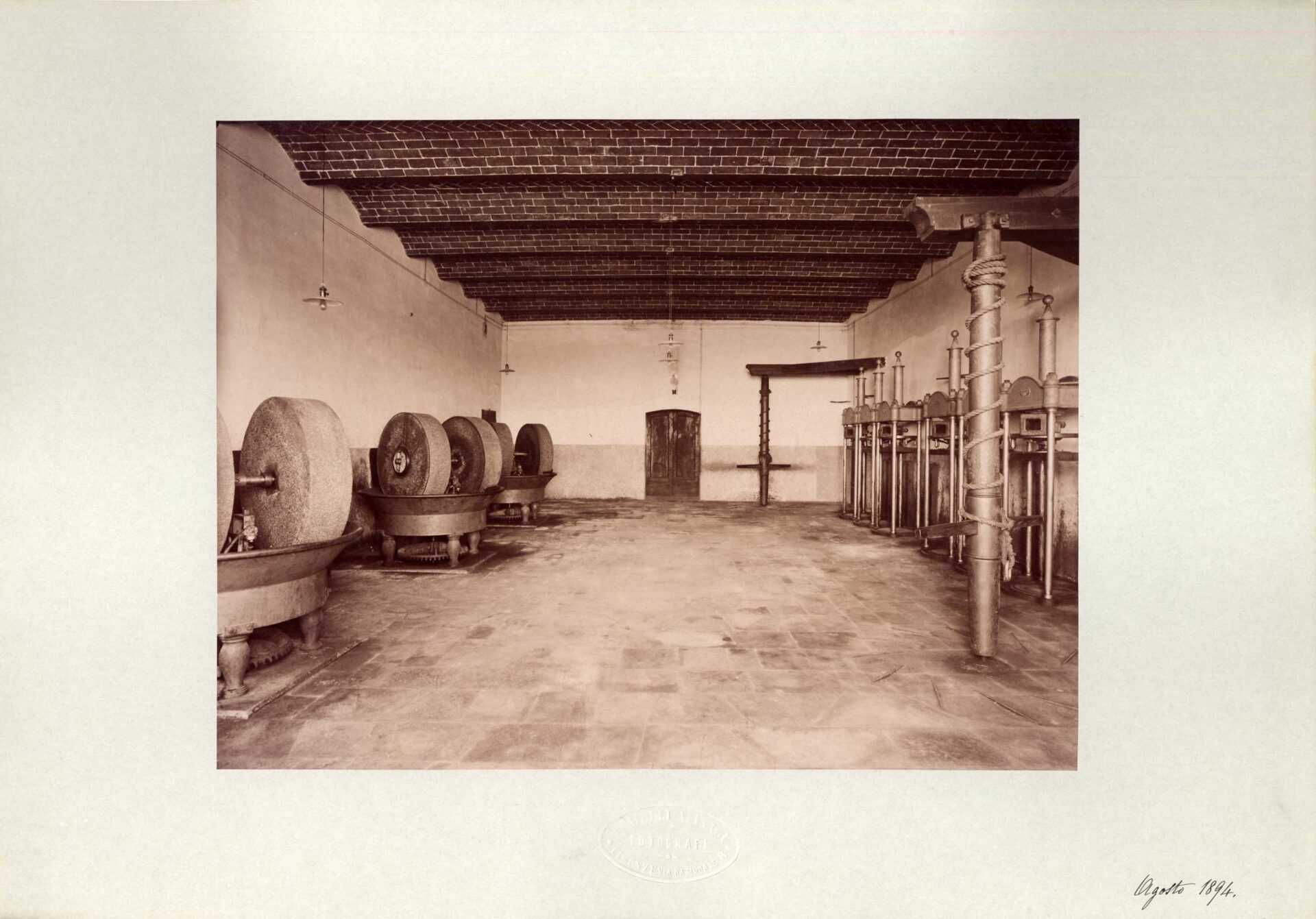 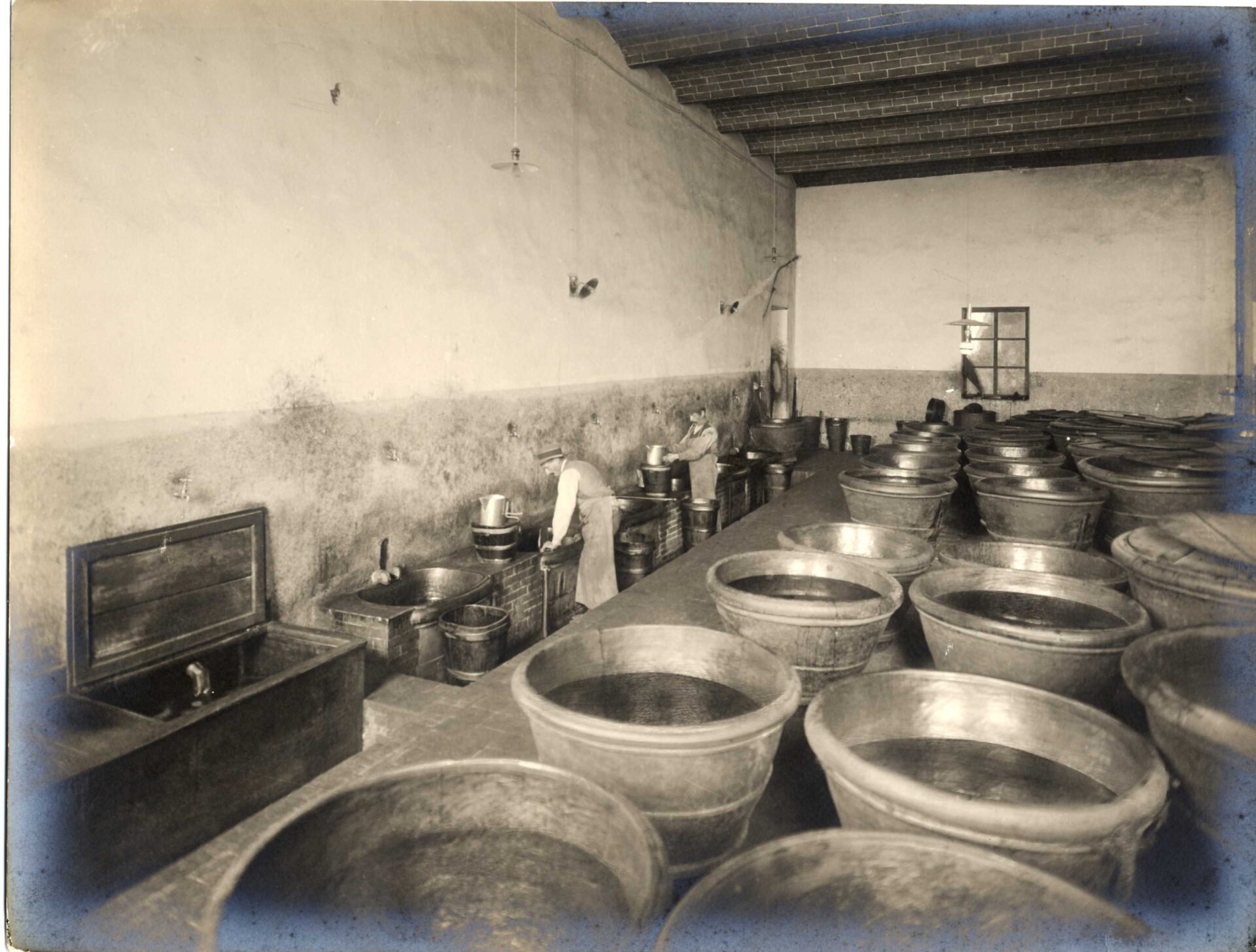 One of Brolio’s staples is the production of extra virgin olive oil, a tradition that for centuries has accompanied its wine production. Today, the exquisite Castello di Brolio olive oil, also in its Monocultivar version, is produced on 20 hectares of land and 4,000 plants. This is a field where the Ricasoli family has also distinguished itself throughout history following its propensity to always be a pioneer. As such, at the end of the nineteenth century, Giovanni Ricasoli Firidolfi, grandson of the “Iron Baron” Bettino, erected a modern building for olive oil production and equipped it with a mechanical steam-powered oil mill. As the sole of its kind in Italy, it allowed millstones to be moved and olives to be pressed.

Excited about the novelty, Giovanni Ricasoli wrote to Professor Emilio Bechi, a well-known scholar of agronomy and vitiviniculture from Florence, detailing the introduction of the new oil mill at Brolio, a copy of which was found in the Castle’s library. In the letter Ricasoli recounts how he had the idea of building a large oil mill for the Brolio lands in 1882, the year when he began to manage the property. The goal was to improve and streamline their current conditions, which included three mills in three different locations (Brolio, Torricella, and Cacchiano) that had then become obsolete and inadequate. The location chosen was Madonna a Brolio, where the Ricasoli company headquarters are currently located, due to its strategic location on Via Chiantigiana between Greve and Castelnuovo Berardenga, and easy access from the rest of the property.

Construction work began in 1885 and the first olives were brought in early December 1886. The new oil mill was a two-floor large building. A large gate on the top floor granted convenient access to the wagons that farmers used to transport the olives, which, once unloaded, ended-up on the lower floor by the force of gravity. That is where one can find the steam engine, purchased from the British Clayton factory and synonymous with the best quality of the time. The authentic steam- and engine-powered oil mill is located in the adjacent room.

Ricasoli proceeds by describing the pressing process, including how the farmers carefully modulate quantities and are able to carry out three pressings based on their experience: the first for top quality oil, a second “middle” pressing, and a third for pomace oils. The oil mill employed 16 people, a small number at the time, who alternated shifts. Below is a description of a series of experiments through which Ricasoli intended to demonstrate the efficiency of the new system regarding speed, cost reduction, as well as quality and quantity of product obtained with the same load of olives; his goal was for farmers to learn to trust such novelty.

It is impressive how the Ricasoli family was already attentive to the needs of the community at the time. Giovanni Ricasoli writes: “I believe that the duty of a landowner is to make the land profitable and introduce improvements and systems that foment high production as well as good, healthy, preservable goods. If one achieves this, in addition to his own benefit, does he not also benefit his country?” Ricasoli pushed towards innovation, attention to the highest quality products, and awareness of the social role of the company: all of which remain core Ricasoli standards to this day.