This limited and prestigious production of extra virgin olive oil is dedicated to the variety of olive, Moraiolo, that has always been cultivated in the Chianti Classico territory.

In a cool place away from direct light in order to preserve the qualities of extra virgin olive oil.

It rained a great deal during the 2018 season, especially during late autumn 2017 and through the winter and spring of 2018. In fact, 1200 mm of rain were registered from 1 November 2017 to 10 October 2018. In particular, 730 mm of rain accumulated in the autumn and winter months, while temperatures were average for the season. At the end of February/beginning of March there was a sharp temperature drop with a snowfall and then a freeze. This compromised the growth of many olive plants. Spring was regular, with average temperatures and about 370 mm of rain, often concentrated in intense showers with as much as 70 mm in a few hours. This situation led to a good number of flowers and good fruit set. Summer temperatures were average, never too hot, with highs of 36 – 38°C at the end of July. 190 mm of rain fell, above the seasonal average, but the end of August and the entire month of September were very warm and dry, averting the risk of the terrible olive fly.
Olive harvest began mid-October, and the olives were perfectly healthy.

Intense green color. Fresh cut grass, artichoke and aromatic herbs on the nose. Delicate in the mouth, but with good pungency and bitterness. A very balanced oil.

The olives, which are harvested manually, are taken to the press in well-ventilated 20 kg bins and pressed within 24 hours using the continuous method. The olives are washed, then pressed, and the resulting paste is spun at a temperature that never exceeds 27°C. The olive paste never comes in contact with air, because the press works in a controlled nitrogen atmosphere. The oil is extracted by centrifuge, a technique that guarantees the quality of the yield, and very low acidity. When the oil arrives in the storage cellar, it is immediately filtered, and held in 400 litre stainless steel containers until bottling. 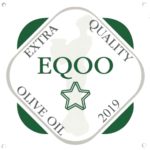